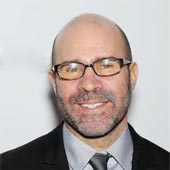 Scott Z. Burns is an American screenwriter, producer, and director. Burns has written screenplays for The Bourne Ultimatum (2007), The Informant! (2009), and Contagion (2011), all of which feature Matt Damon. His films The Informant!, Contagion, and Side Effects were directed by Steven Soderbergh. Burns also produced the Academy Award-winning An Inconvenient Truth.