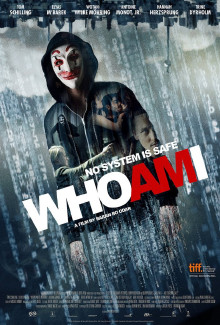 No system is safe.

A skilled young hacker finds his life in danger after forming a collective that seeks social justice through the infiltration of international security systems in this stylized techno-thriller from director Baran bo Odar (The Silence). Benjamin (Tom Schilling) was just a socially-awkward computer wiz trying to impress a pretty girl when he was busted for hacking into his school’s computer system. Sentenced to community service, Benjamin is quickly befriended by cool and confident Max (Elyas M’Barek), a fellow technophile who, along with pals Stephan (Wotan Wilke Mohring) and Paul (Antoine Monot, Jr.), like to uses his skills to stir up mischief. Before long the foursome has formed a hacker collective dubbed CLAY (Clowns Laughing at You) in a bid to get the attention of a notorious hacker who’s gained a loyal following in the underworld. When CLAY breaches the systems of the German Secret Service, however, what began as an innocent game turns deadly, and Max is questioned by Agent Hanne Lindberg (Trine Dyrholm). Now, a critical misstep has left Max and CLAY exposed to some ruthless Russian gangsters who will kill to keep their secrets safe, leading to a tense game of hi-tech deception with deadly, real-world consequences.