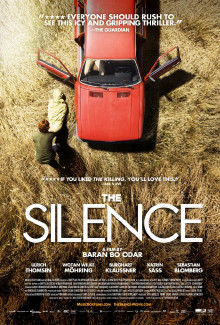 Hot summer day in 1986, 11-year-old girl Pia riding bike through a field of wheat encounters the red car. Car driver Peer Sommer (Ulrich Thomsen) comes out, pulls a girl in the wheat where rape her and kills. All this time on passenger place, sits his friend Friedrich Timo (Wotan Wilke Möhring) and watch what happens. At the scene of the crime remains a bike while girl’s body Sommet throws into a nearby lake. Shortly after the murder, Timo packs her things and leaves Sommer.

23 years later on the same day when was killed Pia, disappears 13-year old girl named Sinikka. Sinikka’s bike was found on the identical spot as with the murder from 1986. Is it comes the same man and why the new crime took place after so many years? A retired police inspector Krischan Mittich (Burghart Klaußner) who led the first investigation is convinced there is a connection between the two crimes. His previous search for the killer was unsuccessful, however this time is determined to bring the culprit to justice along with his younger colleague David Jahn (Sebastian Blomberg), which was emotionally affected by his personal problems.

The Silence is the debut film of German writer-director Baran bo Odar, made by award-winning novel Das Schweigen of German writer Jan Costin Wagner. This movie is a story about a broken friendship, obsession, constant loss and attempt to restore the lost.