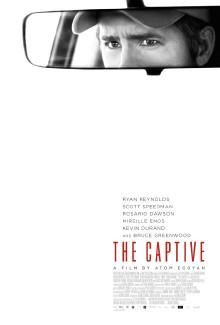 When hope is all you have.

Years after his young daughter vanished without a trace from the back seat of his truck, a father receives newfound hope that she is alive and being held in captivity in this drama from Academy Award-nominated director Atom Egoyan. Matthew (Ryan Reynolds) and Tina (Mireille Enos) were a happy couple before their daughter Cassandra was taken from them. In the aftermath of the tragedy, their relationship began to dissolve. Years later, detectives Nicole (Rosario Dawson) and Jeffrey (Scott Speedman) are investigating online activity by pedophiles when they discover recent images of Cass. Convinced this is proof-positive his daughter is still alive, desperate father Matthew vows to ensure her safe return even if it means risking his own life. Kevin Durand, Alexia Fast, and Bruce Greenwood co-star.