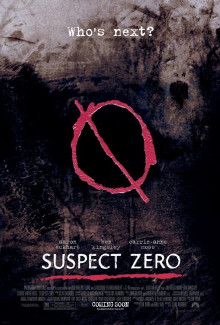 When Dallas FBI Agent Thomas Mackelway violates serial killer Raymond Starkey’s civil rights during an unorthodox arrest, Starkey goes free and Mackelway is demoted to a remote branch of the agency in Albuquerque. His first day on the job, Mackelway investigates the murder of a traveling salesman Harold Speck, which turns out to be the first of three seemingly random killings. Or perhaps they are not random at all; the last to die is Mackelway’s nemesis, Raymond Starkey. The assignment consumes him. His past mistakes haunt him. His head throbs constantly as he tries to find the link between the victims that will lead him to their killer. The case becomes increasingly gruesome and patently personal. This does not go unnoticed by his unflappable partner Fran Kulok, who knows of Mackelway’s past and the demons that afflict him. Like Mackelway, she becomes drawn into the labyrinth of chilling clues, all of which point to the enigmatic Benjamin O’Ryan. O’Ryan clearly has a connection to the murders, a connection he flaunts; quite possibly, he may also harbor a sinister link to Mackelway.