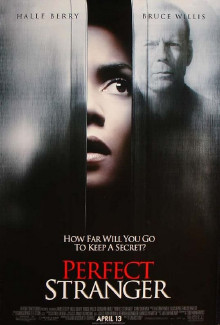 How Far Would You Go To Keep A Secret?

In New York, the investigative reporter Rowena Price sees her scoop about a gay senator spiked by her editor. She quits her job in the newspaper and meets with her childhood friend Grace by chance in the subway. Grace tells Ro that she had just been dumped by the powerful and wealthy owner of the greatest New Yorker advertising agency, Harrison Hill, and she was threatening to tell his wife about their affair. When Grace is found dead, Harrison becomes Rowena’s prime suspect. With the support of her hacker friend and former colleague Miles Haley, Ro is hired for a temporary work in Harrison’s agency to get close to the executive and investigate his life.