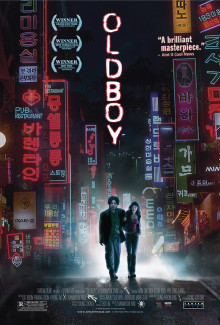 15 years forced in a cell, only 5 days given to seek revenge.

One evening, after phoned his daughter in a phone booth, Dae-su Oh finds himself locked up in a strange room, not knowing why and who is his captor. When over a small TV that’s his only connection with the outside world, finds out that his wife is murdered and he’s the prime suspect, decides to try to escape. After 15 years, Dae-su Oh is suddenly released with little money and a mobile phone. In an attempt to finds out who kidnapped him, soon discovers that his kidnapper has a greater plan for him who is much more painful than 15 years spent in the room.