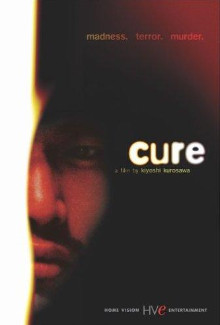 The police detective Kenichi Takabe is investigating bizarre murders where the victims are brutally murdered with an X carved on the neck. However, each killer is immediately arrested and confesses the murder, but cannot explain the motives to kill the victim. Takabe is working with the psychologist Makoto Sakuma and they are intrigued since the all the killers had contact with a stranger immediately before the murder. Takabe is a troubled man since his mentally unstable wife Fumie is a burden in his life. When a physician kills a man in a public restroom, Takabe discloses the identity of the stranger. He is the intern of the hospital Kunio Mamiya that had consultation with the doctor. Mamiya is a dazed and confused man with apparent loss of memory and his behavior affects Takabe. His further investigation discovers that he has studied hypnotism and is capable to input suggestion to kill in the mind of his victims. Takabe becomes obsessed by the case affecting his personal life and indicating that he is losing his mind.