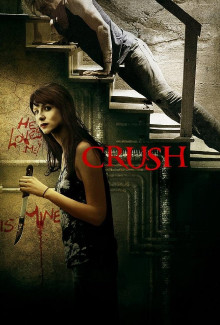 Careful who you wish for.

Scott is the ideal thrust on every high school boy: an athletic and promising soccer player, he is popular, charismatic and secretly a sensitive artist. All is well for him until he spurns the advances of his possessive best friend, popular, determined and manipulative Jules, and attracts the attention of the troubled and lonely outcast Bess. Bess has few friends: two colleagues who are secretly afraid of her, and Jeffrey, a mysterious boy who seems to relish in watching her obsessive, dangerous side in action. When Jules claims to have been threatened by a mysterious onlooker, Scott doesn’t know who to trust anymore, and he is forced to watch those he loves suffer at the hands of his secret admirer until his own demons get the best of him.