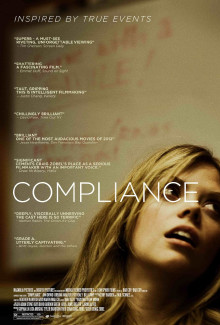 How far would you go?

Sandra is a manager at a fast food restaurant while Becky is a teenage girl which currently needs a job due to lack of money.

Last night one of the workers forgot to close the door of the fridge, which is why missing inventory in worth of $1500. Sandra will try to resolve the situation alone, without interference from the regional manager in the problem. Luckily at the last moment she managed to get the last delivery from a warehouse but was evident that they will miss the bacon and pickles. Friday is the day when the restaurant has the most visitors and expected the sudden arrival of people who check the quality of food which makes the whole thing worse.

In the middle of the crowds Sandra has a phone call. On the other side of the wire will be a man who will present himself as Commander Daniels. The reason for call is alleged robbery that occurred at the restaurant. According to the description which she received, Sandra will conclude that this is Becky.

For Becky it was just an ordinary day at work, who quickly turned into agony which she could not imagine even in the worst nightmares.

Compliance is a mixture of drama and thriller made by a true story. About this and similar events are recorded TV shows and various interviews.

Director Craig Zobel in this film tries to show that people are programmed to do things that are contrary to their natural thinking just because they are convinced that is the only way.

Acting is good. Sandra and Becky are each, in own way, played well.

Screenplay as a story is too naive, however, when you realize that this is recorded by a true story and that these and similar events occurred more than 70 times, you simply will not be able to believe how far some people are willing to go. Fear of losing a job, the belief that the law is on their side or just think that are doing right thing is enough for some people that almost without objection do whatever is required of them.

All in all, Compliance is not a bad movie but most of the time will leave you in disbelief with wide open mouth.