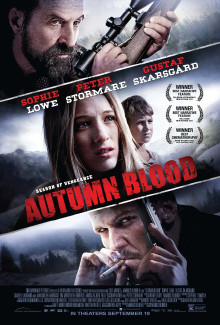 Two young orphans in the Tirolian Mountains come under siege by a vicious band of hunters. Frightened of being separated by child services following the death of their mother, a self-sufficient 16-year-old girl (Sophie Lowe) and her 10-year-old brother (Maximilian Harnisch) – who hasn’t spoken a word since seeing his father killed by the mayor (Peter Stormare) – strive to live off the land in peace. Their innocence is shattered, however, when a group of hunters led by the mayor’s son brutalizes and rapes the free-spirited girl. Later, when a well-meaning social services worker arrives too late to protect the terrorized siblings, the girl and her brother prepare to take a stand against their ruthless attackers.