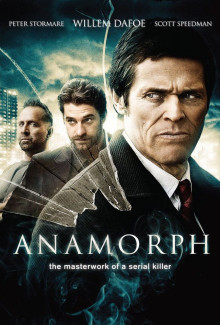 Madness. Mayhem. Mutilation. The masterwork of a serial killer.

A haunted New York City detective must delve into his dark past in order to stop a serial killer whose highly artistic modus operandi seems uncannily similar to that of a madman who stalked the city streets five years prior. When reclusive detective Stan Aubray (Willem Dafoe) gunned down the man suspected of being the “Uncle Eddie” murderer, he thought his nightmare had come to an end. But now a new crop of victims has begun to turn up, each bearing the distinctive mark of the maniac whom everyone had presumed to be dead. Much like the unfortunate victims of “Uncle Eddie,” the bodies in this latest batch have been carefully arranged in a manner that reflects the artistic style known as anamorphosis — where hidden meanings can be revealed by viewing the crime scenes from different perspectives. Could this be the work of a copycat killer, or is it possible that Detective Aubray and his men killed the wrong man on that fateful day five years ago? All signs indicate that the latest killings were carried out with Detective Aubray specifically in mind, prompting him to reexamine the painful questions that he had struggled all these years to suppress. On one side, Detective Aubray faces the scrutiny of a bright young detective (Scott Speedman) who has his own unique ideas about the killings, and on the other, a disturbed young woman (Clea Duvall) who proves a dangerous link to Detective Aubray’s mystery-shrouded past. Only by confronting the possibility that he fears most will Detective Aubray finally be able to overcome his own stifling sense of guilt and finally uncover the truth about the most gruesome crimes ever committed in New York City.