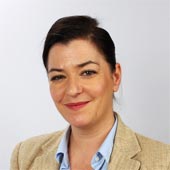 Lynne Ramsay is a Scottish film director, writer, producer, and cinematographer best known for the feature films Ratcatcher, Morvern Callar and We Need to Talk about Kevin. Her films are marked by a fascination with children and young people and the recurring, unresolvable themes of grief, guilt and death and its aftermath.