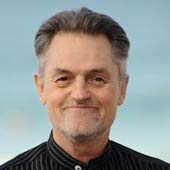 Jonathan Demme is an American filmmaker, producer and screenwriter. Best known for directing The Silence of the Lambs, for which he won the Academy Award for Best Director, he has also directed the acclaimed films Philadelphia, Rachel Getting Married, the Talking Heads concert movie Stop Making Sense and a trilogy of Neil Young documentary/concert movies.