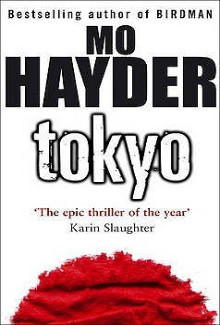 Tokyo (The Devil of Nanking)

British student Grey has much to prove, and even more to hide. Obsessed with the past which she cannot comprehend, she comes to Tokyo in search for rare film that has been lost for decades. The film depicts events from the time of the infamous Nanking massacre that occurred 1937. Many believe that movie does not exist.

Only one man can help her. Shi Chongming survived the massacre and now is a visiting professor at the prestigious Tokyo University, Todai. Deep in his books, distrustful toward strangers at first refused to have anything to do with Grey.

Desperate in a strange city, Grey accepts a job as a hostess in the posh club which visiting Japanese businessmen and wealthy gangsters. For the most important gangster, an old man in a wheelchair, surrounded by intimidating followers, it is suspected that his long life owes to powerful potion. Many want that potion … at any cost. But that’s not the only old man’s secret…

Tokyo is a psychological crime thriller with a historical background of Japan’s attack on China in 1937, with plenty of dark and morbid details, Yakuza, murderers and torturers. It is written that man realizes that this is not just a matter of `mad` Japanese, but it’s really there, maybe somewhere near …

The book that goes into the darkest corners, raises questions about the search and what happens when you find it. Exceptional piece that strikes us with his strength and leaves wide open eyes.

The story is disturbing, dark, creepy, but sadly true… TOKYO is what makes most people to turn heads, pretend to not see this as if it never happened. When and if you have the strength to read… Remain indifferent, if you can.

Like other novels by author Mo Hayder and this is (perhaps even most) difficult (“sick”), but of course in a positive way. Definitely a must-read.