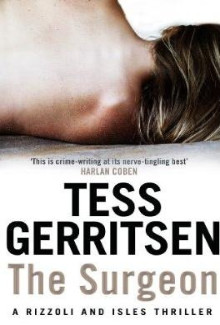 In this top medical thriller Tess Gerritsen, author of numerous best-sellers, opposes truly deranged criminal and the only woman who can prevent him to kill again. He at night quietly enter into bedrooms of his victims, who does not bode that they will soon wake up to a nightmare in reality. Accuracy of killer cuts on women’s bodies is in connection with his knowledge of medicine, especially surgery, that is why journalists of Boston newspaper give him a nickname the SURGEON. All what investigators know about him is that still kills victims in the same way. The only clue which the police have is the victim of a nearly identical crime. Two years ago, Dr. Catherine Cordell is provide resistance and managed to kill the attacker before he realized his plan. Now, this new killer is repeated, scary true, all through what is Cordell passed and hers help will be necessary to police. Was the killer in general dead? From where is man who kills in the same way as its predecessor? With each new murder, he mocks her how is getting her closer, from the hospital where she works to her home. Only sureness, but also attractiveness, Dr. Catherine Cordell provides by Thomas Moore, the detective who leads the case. But even he can’t protect Cordell of ingenious villain who somehow understands most secret fears of every woman that he kills and enjoys in that.

The surgeon does not attack during the day, only at night, exclusively women. He can not to face with them under equal conditions because he is at the heart of a coward. His prey has to be vulnerable, unable to resist, best that asleep and be in bed. He feeds on fear of their victims. And he is infinitely patient and thorough… Catherine Cordell once pulled out and he is waited two years to finish it what was started… But, detective Jane Rizzoli has involved…

The surgery is a very good medical thriller, a book that realistic lead to the world of medicine, forensics and criminology, and does not allow that book drop out of  hands, already with each new page reveals you what evil can be incuse into the personality of the villain. This book has many creepy scenes and takes you through the action, so that you in one time is makes to watching the film and not to read rows of book. Book should be read and surrender to, that the experience was completely.

Tense and exciting to the very end! Real delicacy for fans of tense thrillers. An excellent thriller, that is not for people of weak nerves.