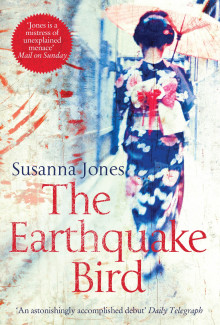 The place is Tokyo. The shape of the story is a classic triangle: in this case, a Japanese man and two English women. One of the women is presumed murdered after a dismembered torso is found floating in Tokyo Bay. The man has disappeared. And the other woman is in custody, undergoing interrogation by the city’s police. Lucy Fly is not quite confessing, but the story she tells is filled with painful memories and dangerous ambiguity.

Now Lucy is insisting that she brought no harm to her rival. But she has no ready replies to some troubling questions: Why exactly did she flee England? What happened in her final meeting with Lily? And what secrets from both past and present obsess her waking life? As irrevocable and relentless as a seismic eruption, the answers will unfold with explosive force-taking the reader into the startling realm of a killer’s heart.