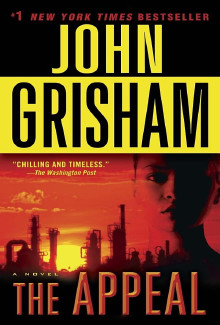 Politics has always been a dirty game.

Now is also and justice.

In a crowded courtroom in Mississippi, a jury delivers a shocking verdict against a chemical company accused of dumping toxic waste near the town water supply, and thereby causes unexpectedly high number of cancer cases in history. The judgment states that it has to pay compensation amounting to a whopping 41 million dollar. Manufacturer is invested appeal on verdict, trying to challenge it on the Supreme Court of Mississippi, whose nine judges will affirm the judgment or reverse.

Who are the nine judges? How will vote each of them? Can one of them be removed before making the final decision?

These are just some of the issues that troubling owner of the company who producing chemicals – Carl Trudeau, a hawk from Wall Street. Mr. Trudeau maintains that the Court does not work in his favor, and he is determined not to pay even one coin of the judgment pronounced against him. In light of the upcoming elections in the judiciary, he decides to try to obtain for himself a reliable candidate in the Supreme Court. Price of a few million, which inevitably follows such a decision, is just a drop in the ocean for a billionaire as Mr. Trudeau. Through a secret web of intrigue, conspiracy and deceit, his political operatives recruit a young and unexpected candidate. They finance, manipulate, guide specific to their system, perform on stage and shape for future judge of the Supreme Court. Will the legal system be tailored toward to the person who with money can turn to their advantage …

Appeal is a powerful, modern and shocking story of political and legal intrigue, a story that will radically change the readers about the electoral process and the judicial system in general.

This is an excellent book, because it shows on what are ready, they which have a lot of money, in order to cancel the court decision that is not in their favor. On the other hand, what judges do in order to get votes and was elected to the Supreme Court. While at the same time playing with the lives of ordinary people and their rights. Does a man who has no money can come to his rights and justice, or is it only allowed for those who have money and power?

This is another excellent legal thriller from writer John Grisham, which in itself has a lot of psychological tension. Grisham is phenomenal describe how with help of policy can be manipulated, especially when one has money and how much politics in general can affect the judiciary. Warm recommendation!