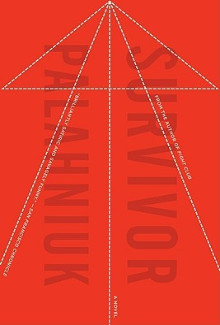 If nobody notices you, your life boils down to one big nothing.

Tender Branson is the last survivor of the so-called Creedish Church /Cult of death which dictating his life story into the black box of the airplane at line 2039 while with the involved autopilot cruising somewhere over the Pacific Ocean at an altitude of 12,000 feet. Before the plane will fall, he would tell the story how was of obedient Creedish Church child and servants became ultra-glamorous TV messiah. He will discover the bitter truth about his romance with an inscrutable and shrewd Hollis Fertility and share own observations about how the only difference between suicide and martyrdom is based in journalistic interpretation, while denying responsibility for the sanitary landfill sensitive materials, soil storage of obsolete domestic pornography, along with some other bizarre and explicit details.

Die only when all of your work is completed.

This novel is a powerful, splendid and thrilling satire on the modern way of life in America. Unpredictable and unforgettable, Survivor represent the top of a very serious humor by Chuck Palahniuk and puts him in the line of most original prose writers of today. Hypnotic, depressing and hilarious story about the price of fame and madness deeply rooted in the modern world.

Adventure runs from first to last page, not giving you a moment to drift away from the story. It contains many things that criticize modern Western society and remarks which with their combination of wit and intelligence are simply breathtaking. The writer devotes an amazing attention to details (as in his previous books), which are made up of tiny dots that cannot be seen from afar…