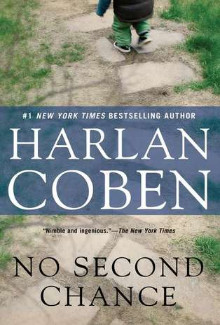 Whether evil intentions lead to a good outcome or evil is result of good intentions?
Maybe it’s the same?

Marc Seidman awakened up in the emergency room, arch curved head and with the infusion needle. Twelve days earlier, he lived in a quiet suburban neighborhood as a successful surgeon, married with beauty from high society and had a daughter which he loves. It is now in the hospital and does not know what happened. His wife was killed and six-month daughter Tara was gone. In the darkest moments, when it seems that the world collapsed, comes a message which instills new hope: a request for redemption.

Do you want last opportunity?

Message is crude, but he sees only one, opportunity to save his child. Marc must not to address police or FBI, which direct attention to a new suspect: on Marc himself. Although sinking deeper, nothing can discourage him in intent at any cost to save Tara.

At the same time violent thriller and a moving story of loyalty of old friends and the relationship between parent and child, No second chance is another masterpiece that keeps you in suspense until the very end.

No second chance is the story of a man who has lost everything. His wife was murdered, daughter kidnapped, perhaps even dead, and he is a suspect in the eyes of the police. He has nothing more to lose, his life is not significant, for him exists only one thought, to save his six-month daughter Tara. He do not know who to believe or what to do, how not to make a mistake and loses all ability to find his daughter.

This is a book that will make you impassion to tears, which on great way shows on what is father ready to return his child. How big is father love? At no time Marc has no doubt that his daughter is alive, even though everyone else convinced of the opposite.

The book is an excellent and represents exciting psychological thriller with many twists and turns.