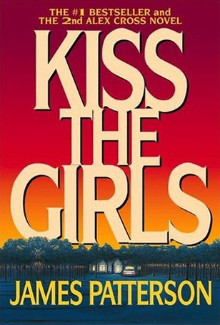 This time it’s personal for Cross. The most elusive of killers has abducted Cross’s niece, Naomi, a talented law student. Only such a devastating blow could bring the detective back – this time to the Deep South, where old slave prisons are buried in the forests, and houses of horror can disappear as in your worst nightmare. Naomi’s kidnapping rips Alex Cross away from his kids and his jazz piano and sends him south with several questions burning in his mind. Why did the police wait seventy-two hours before beginning their search? And what is the head of the FBI doing at the scene of a small-town crime? Meanwhile, somewhere out there Casanova is living a secret fantasy. In his private hideaway, the world’s greatest lover has assembled seven of the South’s most extraordinary young women for his personal use. It’s an accomplishment he can share with only one other soulmate – and that’s definitely not his wife back in suburbia. But Casanova doesn’t count on the exceptional abilities of one of his harem – or having Alex Cross as a nemesis.

In Los Angeles, a reporter investigating a series of murders is killed. In Chapel Hill, North Carolina, a beautiful medical intern suddenly disappears. Washington D.C.’s Alex Cross is back to solve the most baffling and terrifying murder case ever. Two clever pattern killers are collaborating, cooperating, competing–and they are working coast to coast.