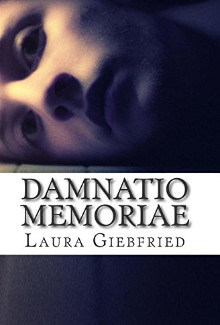 Nothing ever happened at Bickerby. Located on an island off the coast of Maine, its prestige, remoteness, and near-inaccessibility in the winter months were the reasons that Enim Lund’s father sent him there in the first place. With only a year left of school until graduation, Enim’s only focus is to keep his grades high enough to scrape by and keep his unforgiving involvement in his mother’s critical accident secreted away. But when a body washes up on the school’s shore and a teacher vanishes without explanation, the thought of a quiet, uneventful year becomes unlikely – especially given that his best friend has planted himself in the middle of the crime. Worse than the thought of a killer loose on the island with them, though, is that the unfolding events are dredging up horrors in Enim’s past that, if uncovered, will result in his own misdeeds being found out.

As Enim is pulled further and further into crimes that he both has and hasn’t committed, he finds that his mind is slowly unraveling and his grip on reality is faltering, and unwanted comparisons are being drawn between his mother’s withering health and his own. Soon, discovering who the killer is becomes his only concern. Yet before long, it becomes clear that there’s an even more difficult task at hand than who’s responsible for the horrid crimes: getting anyone to believe him.