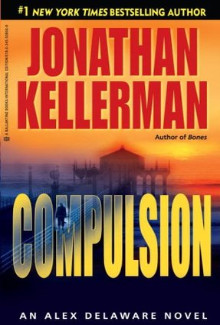 These are just some of the rules that Kat violated that night, and the price of such behavior was expensive. Returning home from the club Light My Fire, her car is left out of fuel on a desert highway. Seeking help, she stops black Bentley who drives a classy older woman. Kat sits in the car, not knowing that this will be last moments in her life. After a few days from a black Mercedes exits gray-haired older mens and killing in front of the house seventy and three years old retired teacher who came out for the paper.

Confused unpredictability of this killer, the Los Angeles police detective Milo Sturgis joins forces with psychologist Alex Delaware. Following the killer’s bloody trail, soon encounter on gruesome discovery: the kidnapping and butchering of young woman, a decade old and never resolved multiple massacre in modern ghost town north of Los Angeles and the recent disappearance of one pair at another end of the country to New York City in the urban areas Manhattan. What connects all these attacks is twist chain of anger, lust, weirdest and darkest aspects of “benevolence” with which Alex Delaware has ever encountered.

Compulsion is another remarkably bestselling thriller of author Jonathan Kellerman, in which the main character is a famous psychologist Dr. Alex Delaware, who helps the police to solve the most difficult cases.

In this case, Alex Delaware, faces a very intelligent, ruthless killer with perfect modus operandi. A person who is transformed into a variety of personalities changing identities and places, thus becomes uncatchable to the police. He is killer who yourself convinces with lies and has maniacal destructive urge to kill. Among his victims no apparent connection except their last moments which freeze blood in veins. Simply anger, revenge, and the darkest parts of the human personality are contained in this person.

Jonathan Kellerman is once again proved why he is among the best writers of psychological thrillers. Compulsion may not be his best novel, but it is one of the memorable thriller, whose story accelerates your pulse until the very end.