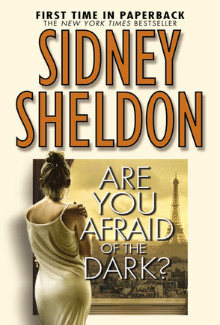 Are You Afraid of the Dark?

In four cities across the world, four people die violently and mysteriously. The dead share a single crucial link: each was connected to an all – powerful environmental think tank. Two of the victims’ widows – accomplished artist Diane Stevens and international supermodel Kelly Harris – may hold the key to their husbands’ demise. Terrified for their lives, suspicious of each other, and armed only with their own wits and guile, they must join forces in a nightmare cycle of hunt-and-kill. At stake is the shattering truth about the tragedies that robbed them of the men they loved…and about an awesome conspiracy whose ultimate target is as big as the earth and as close as the air we breathe.