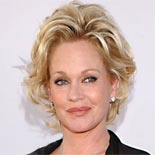 Melanie Griffith is an American actress. She rose to prominence for her role in Brian De Palma's Body Double (1984). Griffith's subsequent performance in Something Wild (1986) garnered critical acclaim before she was cast in 1988's Working Girl. The 1990s saw Griffith in a series of roles which received varying critical reception: she received Golden Globe nominations for her performances in Buffalo Girls (1995), and as Marion Davies in RKO 281 (1999), while also earning a Golden Raspberry Award for Worst Actress for her performances in Shining Through (1992), as well as receiving nominations for Crazy in Alabama (1999) and John Waters' cult film Cecil B. Demented (2000). Other roles include in Milk Money (1994), the neo-noir film Mulholland Falls (1996), and as Charlotte Haze in Adrian Lyne's Lolita (1997). She later starred as Barbara Marx in The Night We Called It a Day (2003), and has appeared on the television series Nip/Tuck, Raising Hope, and Hawaii Five-0. 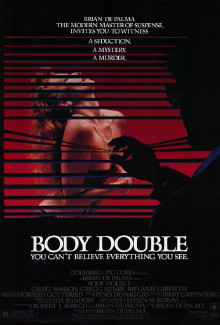