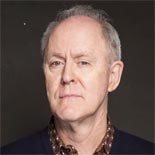 John Lithgow is an American actor, musician, and author. Lithgow is well known for his television roles as Dick Solomon in 3rd Rock from the Sun and Arthur Mitchell in Dexter as well as for his roles in films Obsession, Blow Out, The World According to Garp, Terms of Endearment, Twilight Zone: The Movie, Footloose, The Adventures of Buckaroo Banzai Across the 8th Dimension, Harry and the Hendersons, Raising Cain, Cliffhanger, The Pelican Brief, Shrek, The Life and Death of Peter Sellers, Kinsey, Rise of the Planet of the Apes, The Homesman, Love is Strange and Interstellar.